Thank you to my friend Roland Gesthuizen for this great image of the 2015 Digital Learning Showcase and for some of the other images on this post.

If all went to plan, I should have arrived in Melbourne for 2015 Digital Learning Showcase event after almost 2 weeks in the USA at least 24hrs before hand. As it turned out I arrived with 20 minutes to spare before my first speaking spot.

Not only was my flight from San Francisco to LA delayed because of fog and the closing down of one of their runways, but I find out later that all air space over LA was closed because President Obama was flying out after a golf trip.

At least I had an interesting excuse for being late.

It was great to see about 900 students (primary & secondary) at Swinburne University in Melbourne for this event that was focusing on encouraging young people to think about the importance of ICT as a possible career and the impact ICT has in most work places. 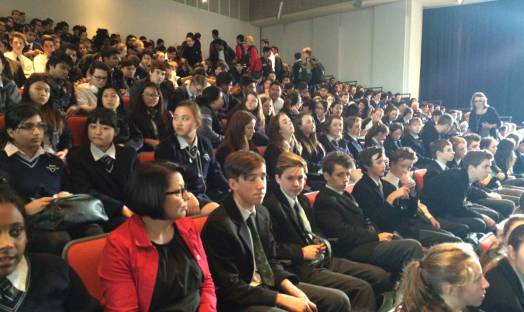 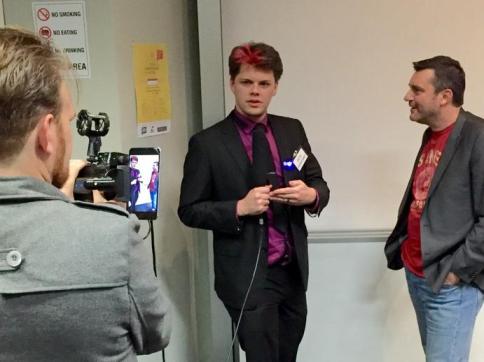 Wearing the same clothes for 2 days and not shaving for 3 days due to arriving late from the USA was not ideal for a live to air Internet TV interview.

Special thank you to the team at DLTV for putting on this great event on the eve of DigiCon, the annual DLTV Conference.