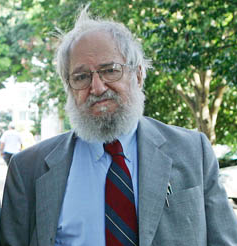 I was saddened today to hear about the passing of Professor Seymour Papert, the man who I liked to call the Godfather of modern ICT integration in Education.

Professor Papert was a pioneer in the use of computers in education. In 1980, well before the Internet and the common use of personal computers, Papert made a speech where he predicted that computers would be everywhere, as common pencils. He said everyone will have them all the time. How true did that prediction come, yet at the time he was scoffed.

In the same speech, he said that with everyone having computers all the time, it is inconceivable that learning will be like it has been in the past and he suggested that there will be new ways of learning and it is up to all of us to invent that future.

It is interesting that we are still having strong debate about the value of ICT in the learning process. 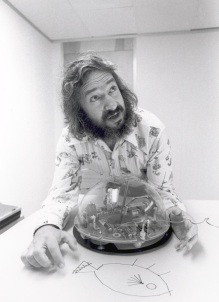 Professor Papert is the founder of the constructionism learning theory which focuses on a student-centered approach to teaching and learning where students use information they already know to acquire more knowledge through a discovery and construction approach.

This approach is the foundation of the current Maker Movement in education where students are encouraged to use a wide variety of tools, objects and technologies to make things and construct learning in a creative way.

Disciples of Professor Papert such as Dr Gary Stager and Dr Mitch Resnick have become well-regarded thought leaders in education with Mitch Resnick following on Papert’s great work at Massachusetts Institute of Technology (MIT) as the Head of the Lifelong Kindergarten Group at MIT.

Back in the late 1980s, Professor Papert was looking for a school or school district to test out his theories of 1:1 computing in education and constuctionism. He found it hard to find a school in the US that could work with him, which isn’t surprising considering the cost & rarity of laptops back in those days.

He met the Principal of Melbourne’s Methodist Ladies College (MLC) who took him up on his offer of doing the research and so began the revolution of 1:1 computing in education in 1990.

As a young teacher in the 1990s, I had the privileged of hearing Professor Papert speak at an education event in Melbourne and I was so impressed with his passion for using computers to help students construct their learning and teachers to communicate concepts that I decided to follow his education philosophies. These days, I have the pleasure of spreading his great work throughout Asia Pacific and beyond in my role with Adobe.

The work of Professor Papert will live on in the hearts, minds and actions of teachers and students throughout the world of education and life long learning for many years to come.

Other tributes to Professor Papert include: