Catholic College Wodonga is a co-educational Catholic school in the north east of Victoria, near the border of NSW. On Friday 9th March, I had the pleasure of working with a number of students and teachers, sharing the value of Adobe tools to enhance creativity. 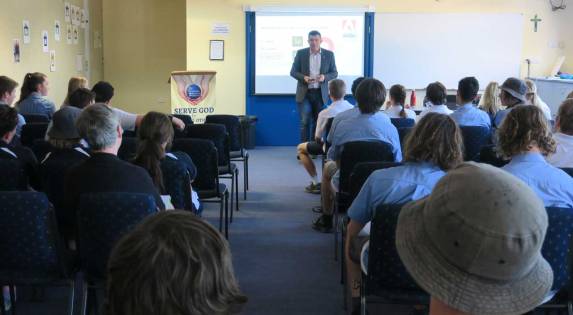 Adobe Campus Leader Lisa Mason, is the Year 10 Coordinator and Media teacher at this school. She ask me to work with some of her students throughout the day ans she organised a special presentation for interested students and staff. 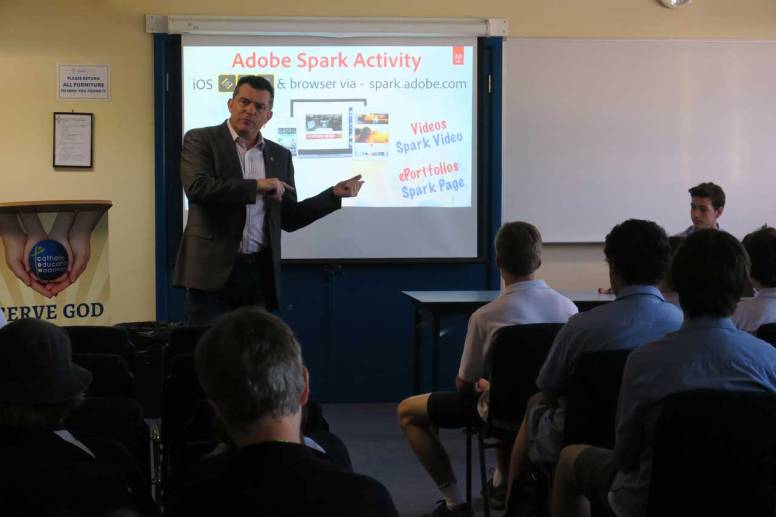 If you are interested in joining Adobe’s global Education Leadership Program, apply to join the Adobe Campus Leaders Program via – https://edex.adobe.com/campus-leader

I had the pleasure of spending a day working with a group of senior secondary students from Wagga Wagga Christian College in NSW on Thursday 8th March, 2018.

A number of the students had been exposed to Adobe Premiere Pro and this day was an opportunity for them to develop their video editing skills to the next level.

I was very impressed with the way the students picked up the skills & techniques so quickly and adapted them into a range of creative video stories.

Special thank you to David Crick who helped organise this incursion.

About 600 students from around the NSW Riverina region (and beyond) listened to a wide range of presenters from the IT industry, all with a similar aim to encourage the young audience to consider a future in IT and develop their digital communication skills.

The BiG Day In is an IT careers conference designed by students for students. It is designed for both high school (Years 9-12) and University students interested in careers in technology and I have had the pleasure of being a regular presenter at these events throughout Australia over the past four years.

Jason Howarth, Associate Head of School of Computing & Mathematics at CSU welcomed the students and encouraged them to consider doing a CSU course when they finish their schooling. 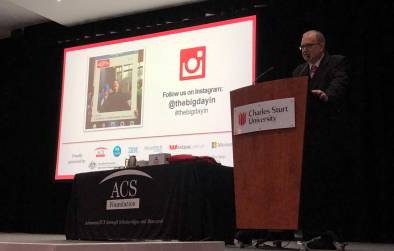 Councillor Greg Conkey OAM, Mayor of the City of Wagga Wagga, also added his welcome to the 600 students and their teachers and officially opened the event with some comments about the exciting opportunities that are available in his city within the IT industry.

My presentation was titled Preparing for the Future Workplace. Key points included:

My personal assistant, Rob the Robot featured several times throughout this presentation. Here is the special welcome that he gave the students.

This animation sequence was made in about 15 minutes thanks to the amazing face recognition feature within Adobe Charter Animator.

Clickhere to see the resources I shared during this event.

The local Win TV News sent out a crew to capture the day. I was featured in their story showing the wonders of Character Animator to some students from Wagga Wagga High School. 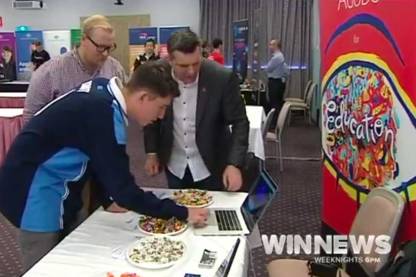 Special thanks to John Ridge and Kerrie Bisaro from the Australian Computer Society Foundation for the great work they do in managing the the Big Day In events.

The next event goes over two days in Sydney at UTS on 20th & 21st March.

One of my favourite Aussie rural cities is Wagga Wagga in southern NSW and on Tuesday 6th March, I had the pleasure of working with a number of Year 9, 10 & 11 students and teachers from Wagga Wagga High School.

Adobe Premiere Pro is well recognized as an industry standard video editing tool. As part of the Adobe Creative Cloud, all NSW government schools get it for free (thanks to the NSW Department of Education).  It is always a pleasure to show students the potential of what they have and how it can make a difference for them.

Wagga Wagga has been a refuge for many fleeing Syria, Iraq, Afghanistan and other war torn parts of the world. One of the classes I was teaching had two boys who had recently arrived from Iraq with their families as refugees. For these boys, it was the first time they had experienced the power and potential of digital video editing. Their faces glowed with amazement and in their broken English they expressed their thanks and gratitude at being introduced to a whole new way of communicating. Opportunities that many Australian students take for granted.

For students like these, having access to tools like Adobe Premiere Pro, Photoshop, InDesign etc opens up a whole world of possibilities that was previously hidden to them. This reinforces the decision made by the NSW Department of Education and the Victorian Department of Education & Training who central purchase the software allowing their students and teachers access without the schools having to budget for it.

The look on the faces of the refugee students as the realised they could manipulate video and tell a digitally creative story was priceless.

After school, the English department as well as a number of technology teachers joined in on a professional learning session based on multimodal text with adobe Spark. 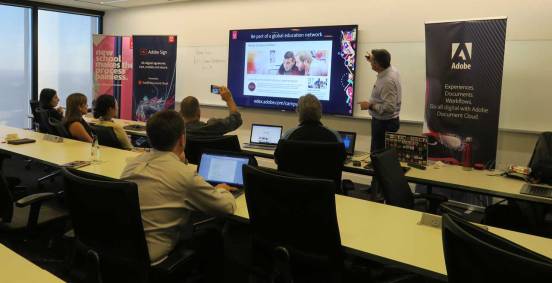 Adobe Education Leaders Brett Kent and Chris Betcher helped out with this event by offering some great breakout workshops. 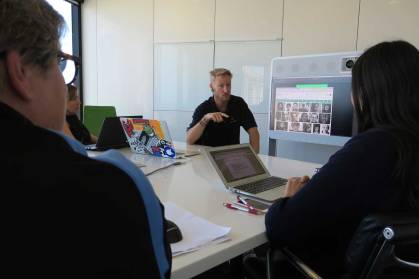 With the help of Brett & Chris, we were able to cover a wider range of Adobe tools including the three Adobe Spark tools, Photoshop, Adobe Comp, InDesign, Premiere Clip, Acrobat, Muse and Premiere Pro.

Find out more and register for future NSW PL events via – http://bit.ly/adobeNSW17

A full list of all Adobe PL events (face to face and online) can be found via – http://bit.ly/adobeEDU-events 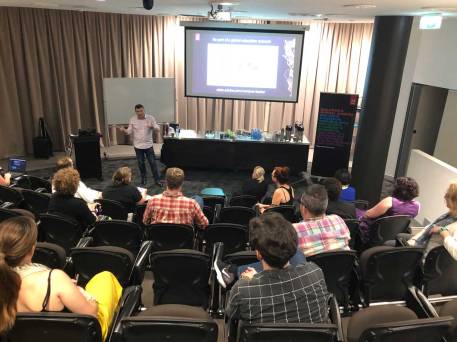 The Southbank campus of TAFE QLD was the venue for an Adobe professional learning event for Brisbane based educators on Tuesday 27th February, 2018.

This was the first of a series of events Adobe Education has planned for QLD educators. Click here to find out about future QLD events.

It was great to again work with Adobe Expert Richard Turner-Jones who ran a breakout session on Acrobat and InDesign. 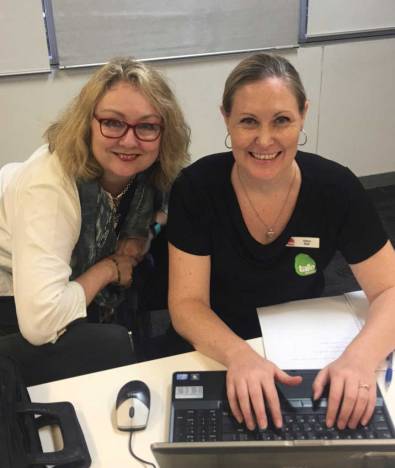 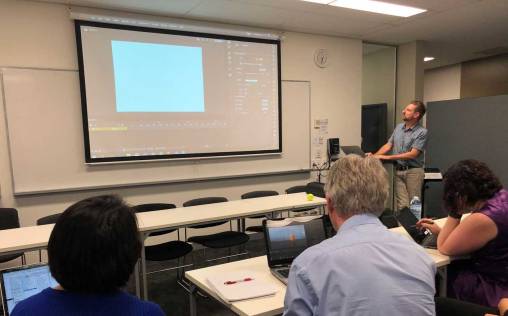 Special thank you to QLD Adobe education Leader Kev Lavery from TAFE QLD for helping to put this event together.