An Apple a day keeps the teachers at play in their professional and social lives.

Knowing that it was time to upgrade the teacher’s laptops, Strathcona Baptist Girls Grammar School decided to provide each teacher with an Apple MacBook. This coincided with a hugh influx of MacBook laptops for classroom use throughout the School in 2011. 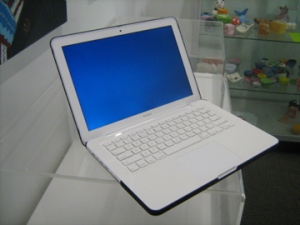 There are two educationally based reasons why Strathcona took this direction. Firstly, Apple have a wide range of outstanding software that are designed for creativity not just productivity that is only available on an Apple computer such as iMovie, Final Cut, GarageBand, Keynote, PhotoBooth etc. Secondly, ever since 2006, when Apple started building their machines with Intel chips, they can also run a Windows operating system and therefore all Windows based applications. So Apple computers offer the best of both worlds.

This change in direction has not been overnight. It was back in 2003 when Strathcona purchased two iMacs and two Sony cameras to do simple video editing. They were frustrated with lack of video capabilities they had with their Windows and Linux systems at the time. Strathcona soon graduated their video editing program to Final Cut and never looked back. Over the next few years they purchased more and more iMacs and gradually converted an IT faculty into a Multimedia faculty running courses on film making, TV production as well as web design and animation. They now have a state of the art TV studio and run an online TV station called STV for the whole School community. 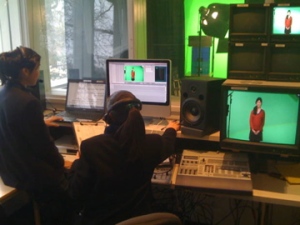 There are two ways of running the Windows operating system on a Mac, one is to virtualise it and the other is to divide (patrician) the hard drive so that Windows runs  on one section and the Mac OS (operating system) runs on another. By virtualising Windows the user needs to go through the Mac side to access the Windows side. When you patrician you have dual boot access and don’t need to touch the Mac side, just boot up the computer each time in Windows mode. 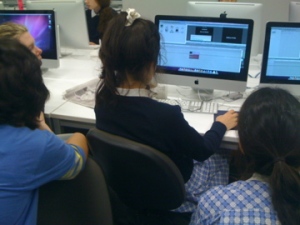 All the iMacs that have come into the school since 2006 have been partitioned and naturally, being predominately proficient with Windows systems, the staff have tended to avoid using the Mac side for class activities. An interesting observation has been the predominate use of the Mac side by students before school, recess, at lunchtime and after school. All the new MacBooks have been set up to virtualise Windows which forces the teachers and students to at least be a little familiar with the Apple Mac software environment.

An extensive professional development program has already commenced with much of the early staff days in 2011 being dedicated to teaching Apple Mac basics. The general feeling amongst the Strathcona staff is one of excitement and anticipation as they start using these new teaching tools in the classroom. A number of teachers picked up their new machines late in 2010 when they first arrived and were set up. Many of these staff have taught themselves what to do or have had previous experience with Apple Mac products. They have been running PD sessions and helping their colleagues with tips and ideas on how to make the most of their new devices. 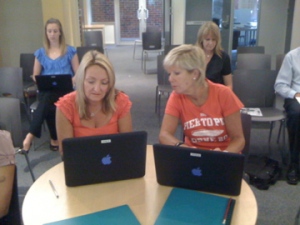 One of of the other great advantages of the MacBook is its compatibility with the iPhone and the iPad. A number of Strathcona teachers have come to school with new iPads and and many already have iPhones. The use of these devices for teaching, learning and administration is a new and exciting area that opens up a whole new realm of possibilities for the future.

An Apple a day keeps the Strathcona teachers at play in their professional life and also in there leisure time. It is an exciting time to be a teacher and student at Strathcona in 2011. 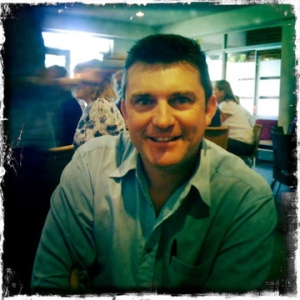