Merrimac State High School on the Gold Coast,  was where Richard Turner-Jones (Adobe Solution Consultant) and I had the pleasure of running an Adobe Day on Thursday 14th September. 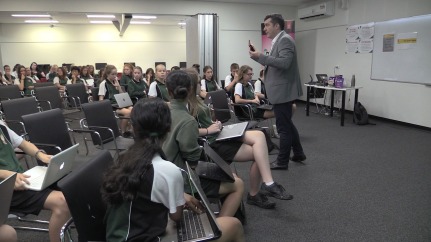 A select group of Year 7 & 8 students, along with some Year 12 media students, were given the challenge to produce a a short film about something that is important to them.

They began this challenge by getting into productions groups to plan what their story was going to be about and who was going to play what roles in the production.

Once the students had established a basic plan, I provides them with a range of production techniques to help film their video stories. 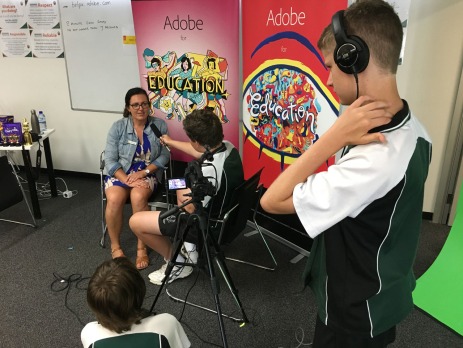 One of the groups interviewed some of the teachers and students to put together a documentary about the Adobe Day. Above you can see Adobe Education Leader, and Merrimac teacher, Mrs Rose Duggan being interviewed. 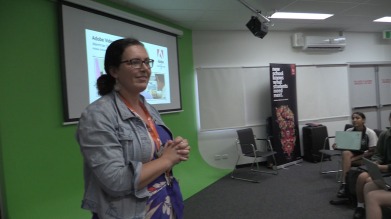 Rose was the main instigator of this event. She is very passionate about creativity in education and providing the best opportunities for her students to express themselves.

Richard and I took a group each to show them how to edit their stories with Adobe Premiere Pro CC. 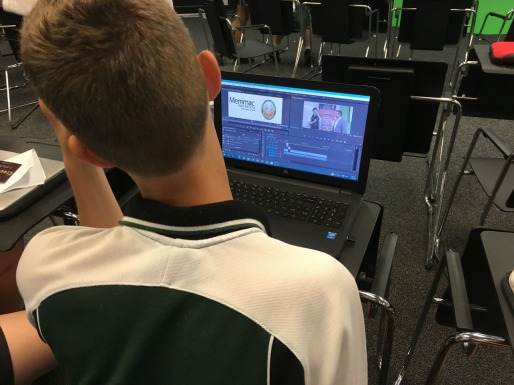 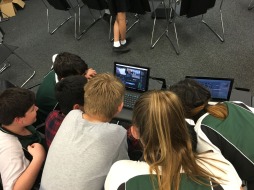 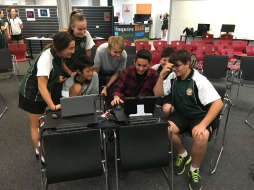 Premiere Pro is considered the industry standard editing software for TV & video production. Being a part of the Adobe Creative Cloud, it is readily available for Australian students to work with and learn.

One of the messages I regularly share with students is that video literacy is a 21st century skill that is considered by many to be as important as  traditional literacy. It’s almost as vital these days to lean how to make a quality video as it is to write a quality essay.

With limited time available, I was impressed with the quality of what the students produced. The winning film, Unite to Fight, was produced by a group of girls who were keen to share the importance of uniting together to flight discrimination and racism.

Later in the afternoon, about 30 teachers from Merrimac and around the Gold Coast came to see Richard and I demonstrate the value of working with a wide range of Adobe software to enhance creativity in their classrooms. 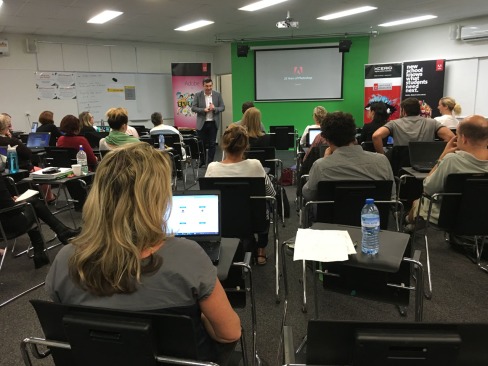 Merrimac SHS Principal, Chris Tobin welcomed all of us and shared some of the innovative programs that are happening at his school.

Richard, shared the value of a wide range of Adobe’s free mobile applications. 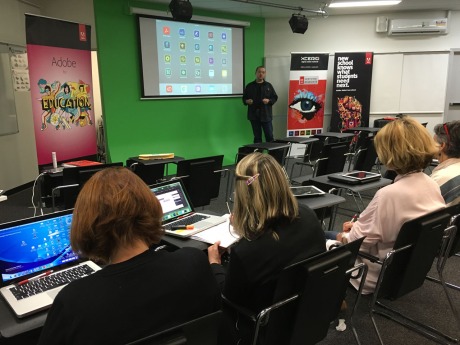 Rose, Richard and I ran workshops to help the teachers further develop their skills in, and knowledge of, a range of Adobe applications such Premiere Clip, Spark Post, Spark Video, Spark Page, InDesign and Photoshop. 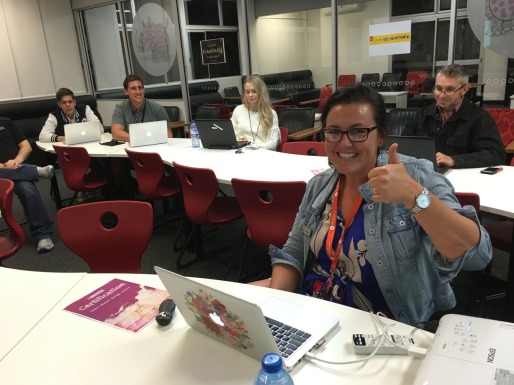 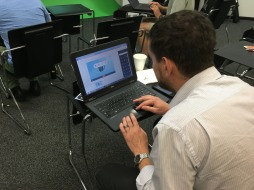 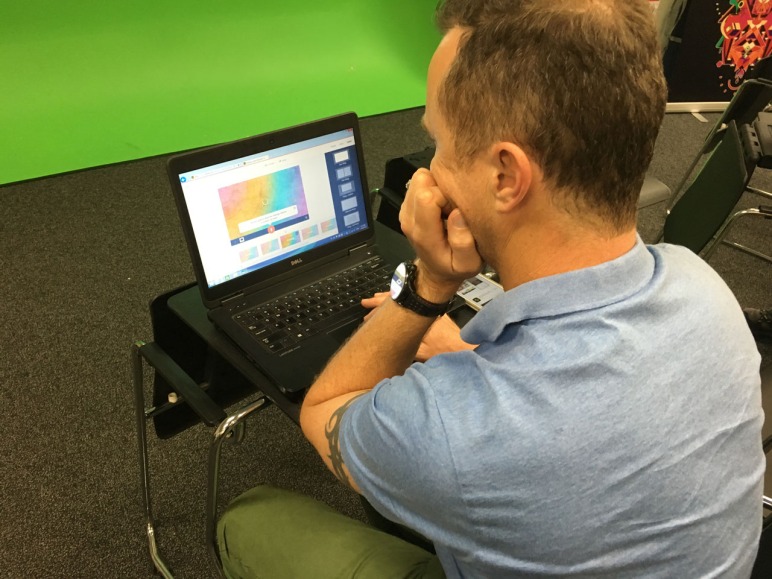 Getting to try out Adobe Spark and Premier Clip (with a little help from Tim) opened my eyes to the ease, and therefore possibilities in and out of the classroom. Many thanks!

I am wanting to move forward with Adobe apps … Feeling more confident now.

It was surprising how many free apps were available from Adobe. It’s something worth bearing in mind.

A highlight was learning about all of the new mobile apps, and the upcoming apps. Awesome! Thank you.

Special thanks to Rose Duggan, Chris Tobin and the staff and Merrimac State High School for helping to make this day such a success.