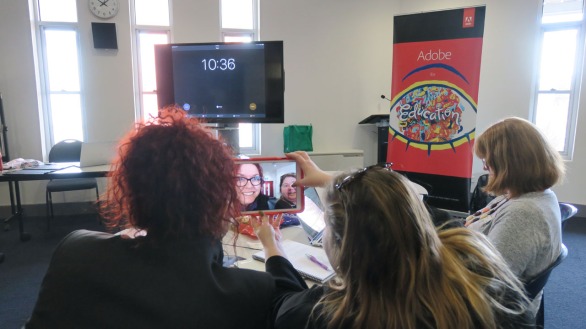 Northern Bay College is only seven years old. It was formed in 2011 by merging nine Geelong based Victorian government schools (primary & secondary) into one multi-campus College.

During this event, the teachers work-shopped how to make the most of the Adobe Spark Tools as well as Photoshop & Character Animator in a range of curriculum classroom settings.

We also spent some time focusing on video production with Adobe Premiere Pro. One of the visiting teachers was the father of celebrated Victorian media student Isaac Haigh from Kardinia International College. We watched Isaac’s award winning video Doomed To Repeat and discussed his use of Premiere Pro and After Effects.

Note that this film is not recommended for children under the age of 15.