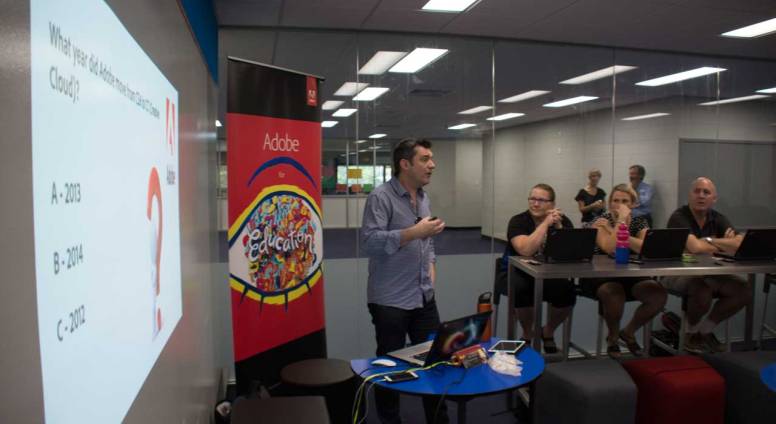 On the morning of Tuesday October 20, I had the pleasure of working with a number of Northern Territory (NT) educators at Dripstone Middle School in Darwin with a focus on what the Adobe Creative Cloud offers education.

This was my first trip to the NT since working for Adobe. Earlier this year, a large number of NT schools took up an enterprise agreement with Adobe allowing them to provide their students, teachers and admin staff access to the latest versions of Photoshop, Illustrator, InDesign, Premier Pro, Muse, Edge Animate, Fash, Acrobat Pro and all the creativity and productivity software found within the Adobe Creative Cloud. 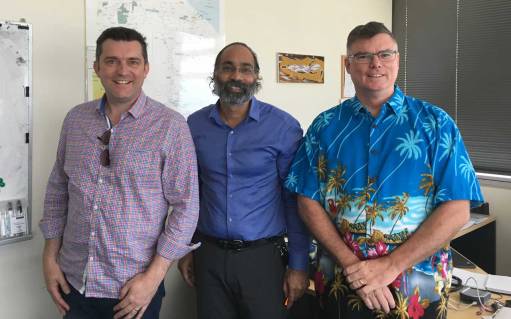 I introduced the educators to Character Animator, a new feature of the Adobe Creative Cloud.

In the afternoon, I visited Casuarina Senior College were we had a focus on Acrobat Pro, the Adobe Education Exchange and a range of the free Adobe Mobile Apps.

In the evening, it was lovely to catch up with life long friends and enjoy the Darwin sunset.