The Adobe Have a Voice Showcase was held on Wednesday 22nd November at the Australian Centre for the Moving Image (ACMI) in Melbourne.

This Showcase was a celebration of students achievements throughout the 2017 Adobe Have a Voice Project (HAV). The aim of this program was to provide Victorian students in Years 4 to 9 with an opportunity to have a voice about something important to them and enhance their 21st century communication and creativity skills.

16 schools registered for the project early in 2017 with 8 schools and about 115 students successfully contributing 33 projects to the showcase.

The True History of Technology by – Tim, Luca, RJ & Charlie

Graffiti and its Impact by Simran, Lyla, Luis 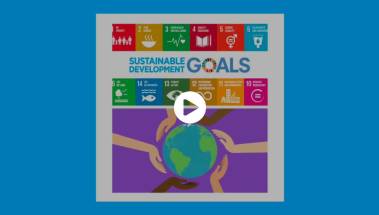 Make the Difference by Lachlan & Jesse

War and Peace by Esther & Daniel

We’re all different, yet the same by Ryan & Jayden

The following two posters by Ryan & Jayden used Adobe Illustrator and Photoshop to produce a message about tolerance titled We’re all different, yet the same 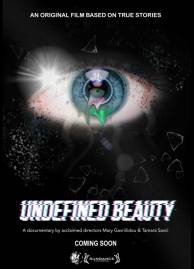 This digital art work by Mary & Tamara is a mock documentary film poster that explores the hardship suffered by young women and body image. Click here for a higher res version.

Our Generation of Anxiety by Tess & Katie 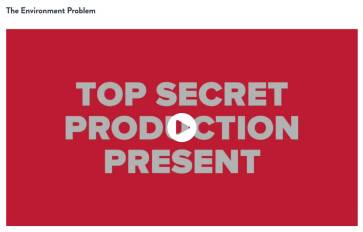 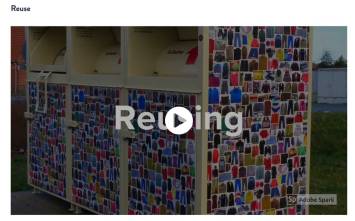 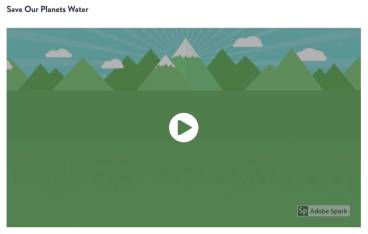 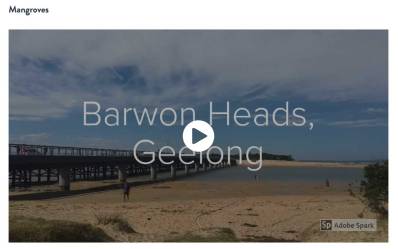 Our Waste by Deeanna, Akaila & Maddy 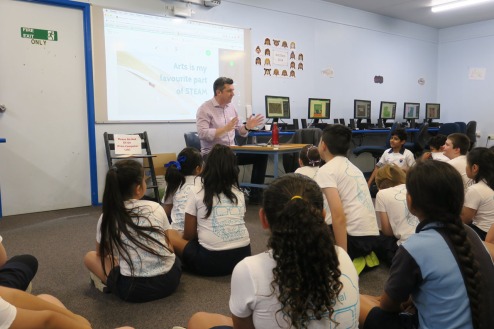 The first ever Big Day In Junior for Queensland was held at Grand Avenue State School on Tuesday 21st November.

This event was organised by the Australian Computer Society Foundation and involved 100s of Year 4 to 6 Queensland students progressing through a range of STEM & STEAM related activities.

It is always a pleasure to be involved in a Big Day In event. I spent the day rotating students through an introduction to Adobe Spark Post with a number of the classes. They were encouraged to create a digital poster about there favourite STEAM component (Science, Technology, Engineering, Arts or Mathematics). 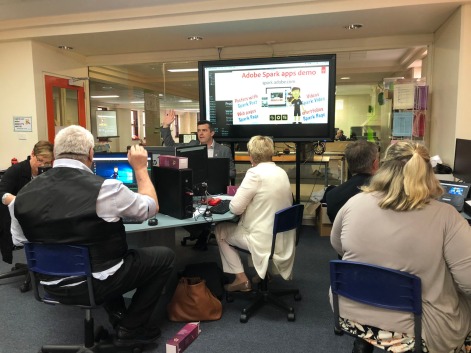 St Mary’s College in Adelaide was the venue for a series of Adobe in Education events on the 16th & 17th November. 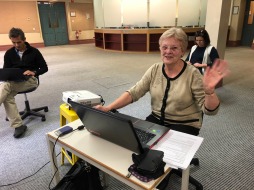 Adobe Character Animator, Premiere Pro, Premiere Clip and Adobe Spark were the most popular workshops during a 3 hour professional learning session that was registered by over 30 educators from around Adelaide. 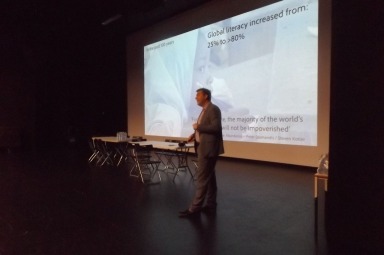 The next morning, I had the pleasure of addressing all the St Mary’s Year 8 students at the start of a special day of IT related activities run by a number of local IT professionals.

Victoria’s first Big Day In Junior was held in Melbourne on Wednesday 15th November at Bentleigh West Primary School. This involved 100s of Year 5 & 6 students and teachers from Bentleigh West and surrounding schools spending the day doing workshop activities with industry representatives from a range of STEM and STEAM areas. 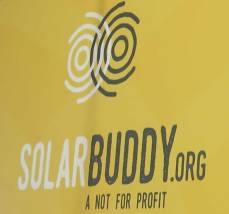 One of the activities the students rotated through was making lights for 3rd world countries through the SolarBuddy project. SolarBuddy is a charity aimed at ending the cycle of energy poverty that affects many communities across the globe. They run programs for Australian children focused on energy poverty, renewable energy and global citizenship. 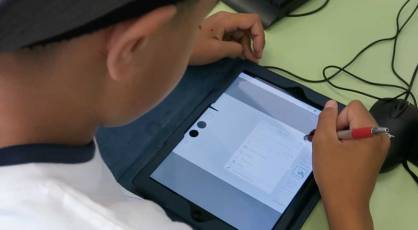 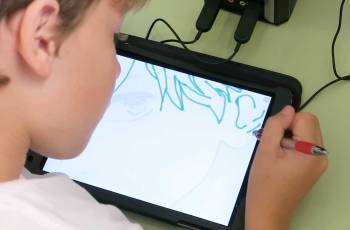 Joel Aarons (Adobe Education Leader & Media Arts teacher at Bentleigh West PS) ran a series of design sessions with iPads based on the use of the free Adobe Sketch app. Joel’s main message is that anyone can draw and be creative with drawing when shown how and provided with a template to use.

The F1in School program is always a highlight of these events. The students enjoy testing their reaction skills and learning how F1 racing producing so many technical innovations.

Other workshops and activities were provided by the following IT representatives …

The Big Day In Junior is a great example of how industry and education can work really well together to help engage and inspire students. Stay tuned for an update of the Brisbane & Sydney version as well as some videos from these days coming soon to https://vimeo.com/createedu

All Victorian Government Secondary schools now have free access to Adobe’s Creative Cloud applications and to help celebrate this fact, Bayswater Secondary College Principal Warren Dawson invited Brian Chau and myself to work with their students and staff.

The day began with me training a group of Bayswater students on a range of Adobe tools such as Photoshop and the Adobe Spark apps. The students then spent the rest of the day training their teachers.

Later in the afternoon, a number of teachers from sounding Melbourne based schools visited Bayswater Secondary College for as special professional learning event.

Special thanks to Dr Max Schlser (Adobe Education Leader and Senior Lecturer from Swinburne University) and Brian Chau for running workshops for this event. 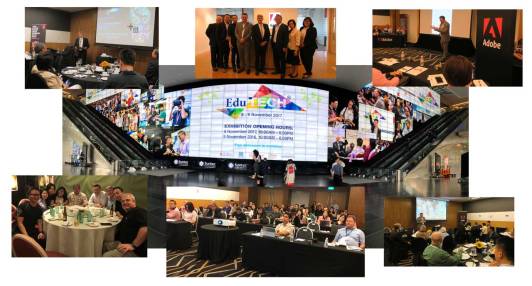 Adobe was a proud sponsor of EduTech Asia which was held over three days last week in Singapore.

About 3,000 educators from the Asia Pacific region were involved with a wide range of presentations and workshops throughout the conference.

The Adobe Education team were kept busy with a number of engagements involving educators and education administrators from K12 & Higher Ed throughout the region.

So, if skills like complex problem solving, critical thinking, and creativity are rapidly moving up the list in importance, how are schools and universities accommodating for this? Are we as educators providing as many opportunities as possible, in all curriculum areas, for our students to solve real world problems, think critically and be creative? Or are we still bound by the traditional teacher-centered mindset where students are forced to be compliant to a set of rules and be squeezed through a system of standardised tests and passive learning opportunities that have little to no relevance to the real world?

The Mission of Adobe in Education Develop students as lifelong creators by inspiring and empowering the right educator with the right experience at the right time & place. We believe we have the world’s best creativity software and we love providing opportunities for students and teachers to use our software to help enhance digital creativity skills.

It was a great honour to be invited to present to senior executives from the Thailand Ministry of Education (MOE) in Bangkok today. This meeting was led by Chief General Inspector Dr. Bundit Sriputtangul.

The Thai MOE are responsible for the running of about 35,000 schools and 14 million students from elementary levels to vocational training.

The topic was Preparing Generation Z for an Unknown Future and the focus was creativity in education.

While researching for this presentation, it was interesting to read some of the background literature from the OECD (The Organisation for Economic Co-operation and Development) about recent Education initiatives in Thailand.

The hope is that elearning, as part of educational reform in Thailand, will allow Thai students to become ‘self learners’ and will hopefully move Thailand in the direction of a ‘student centred’ approach to learning & teaching and hopefully in time improve their overall PISA ranking.

I was pleased to share that just this week, a new Horizon’s report (supported by Adobe) has been released examining how digital literacy training in higher education affects the occupational success of postgraduate learners as they enter the workforce. It suggested that with emerging technologies and evolving workplace demands, by 2020 employers will be seeking out the following list of skills:

In a similar Horizon’s report in 2015, the required skills for the future were:

It is interesting to note the increase into the importance of creativity as an employability skill.

I demonstrated a number of examples of how Adobe software is helping enhance creativity in classrooms across the globe and most importantly, introduced these leaders to the Adobe Education Exchange as a powerful free resources to help guide teacher and provide resources.

A lot of the thought leadership and messaging about the importance of creativity in education appears to be new to Thai education so it was a wonderful privileged to present a message about what future teaching and learning should look like to best prepare young people for an unknown future.

I’m looking forward to further follow up visits in 2018 to help support education reform in Thailand.

i-Educate was a conference run by Education Queensland at the Brisbane Convention Center last week.

The first workshop was focused on improving teacher’s skills with Adobe Photoshop. For most of the teachers, it was their first experience with this software so it was a delight to be able to provide them with a range of Photoshop image manipulation & compress techniques that are commonly used in classrooms around the world.

During the lunch break, I enjoyed catching up with a range of educators from Queensland including Leigh Howser (Adobe Education Leader from Cairns) and Liam Garvey from Queensland Catholic Education Commission.

It was also lovely to catch up with Cheryl White, formally from XCERIO.

Following the lunch break, my next workshop was filled to capacity with enthusiastic educators keen to learn about the Adobe Spark products. I was actually quite surprised how many of them had never heard of Adobe Spark before. It was a great pleasure to introduce them to this amazing digital creativity platform. 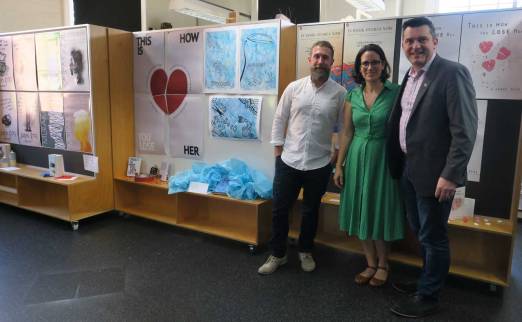 Last week, I was invited to visit a wonderful display of creative work from students at Queensland University of Technology, Faculty of Creative Industries – School of Design.

This exhibition featured the creation of book covers and posters involving about 250 students and 60 projects. Each inspired by real books and made with a combination of Adobe Photoshop & Adobe Illustrator and in some cases Adobe InDesign.

I was very pleased to be able to offer a 12-month Adobe Creative Cloud license as a prize to a student for exceptional work. The luck student hasn’t been announced yet, but I have been told it will be a student involved in the following project featuring the creative use of Adobe Illustrator and a laser cutter …

Special thank you to Manuela Taboada and her team at the QUT School of Design, Faculty of Creative Industries for the great work they are doing to inspire and educate our future designers.

On Monday 30th October 2017, Parkdale Secondary College in Melbourne hosted an Adobe Day as well as a professional learning opportunity for their staff and visiting Victorian educators.

All Victorian government secondary schools now have access to the Adobe Creative Cloud software via the eduSTAR network without needing to opt-in and pay individually (click here for more information). The aim of this event was to celebrate this access and provide students and teachers with practical examples of how Adobe applications can make a positive difference to learning and teaching.

Brian Chau (Adobe Solution Consultant) and I each had a group of talented students to work with during the day to enhance their communication and digital creativity skills with a range of Adobe products.

Brian focused on Photoshop & Adobe Illustrator and I introduced the Spark tools and Premiere Pro to a group of media students.

In the afternoon, a group of Parkdale teachers, as well as other visiting teachers from the region, joined together for a special Adobe professional learning event at the school. Adobe campus leader Michelle Dennis joined Brian and myself to lead a set of workshops and help inspire the teachers to enhance creativity with a wide range of Adobe tools. 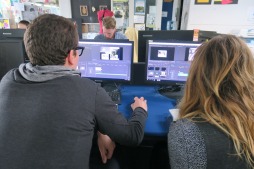 Special thank you to David Russell (Principal),  Vito Boglietti (eLearning Leader) and Liz Fairley for helping to make this day a success.